Advertising on Facebook flows through a few stages: choosing a clear objective, making a creative, setting your targeting, and then managing your ad campaign budget.

When it comes to managing your budget, it is not enough to set a bidding strategy once and then leave your campaign to run without making changes. Your budget may elapse too quickly, before you get the required audience reach, or your budget may not be fully spent – raising questions about whether you made the most of your ad campaign.

Exness is a multi-regulated forex broker and one of the fastest growing names in their industry.

Fortunately, there are settings in Facebook Ads Manager that allow you to manage campaigns automatically and balance your budget across ad sets.

A tunnel is an interval between the upper and lower bounds of the cost per target action (CPA). Depending on your campaign objective, you may be focused on cost per conversion, reach, lead, engagement, and so on. The tunnel is established based either on a bid or a daily budget: the algorithm will manage these parameters depending on the CPA changes.

For instance, if the CPA of a particular ad set jumps above your maximum, the automation reduces the daily budget for all ads in this ad set. If an ad set performs well and the CPA drops down within a competitive minimum, the automation boosts the budget of this ad set to bring more impressions at a lower cost.

Tunnel automation defines rules for changing the budget not only for the most resultative ad sets. It also checks whether the CPA goes below the minimum or hits the maximum that you have set in the tunnel.

If an ad set does not have enough budget to secure a targeted action, the automation increases it for all ads to start performing.

In a nutshell, the tunnel automation distributes your ad budget within a campaign so that the ads with the most profitable CPA get more impressions, less successful ads improve their results, and the most ineffective ad sets are suspended.

Case Study: Going into the tunnel with Exness

Exness worked with Aitarget on an ad campaign for an audience in Thailand.The campaign consisted of five ad sets, to each of which we applied a tunnel strategy to automate the budget. We opted to use the daily budget of the ad sets as the main parameter to achieve Exness’s goals of increasing the number of registrations, reducing their cost, and gaining more users with billing information on the platform.

“We could see that Facebook’s Campaign Budget Optimisation (CBO) was not driving optimal results and was funneling budget into underperforming ad sets,” says Carl Dunne, Programmatic Advertising Manager at Exness. “However, the alternative in manually optimising budget on an ad set level is incredibly labor intensive. We approached Aitarget for help in automating these budget optimisations and to drive performance at scale.”

We monitored the two-week dynamics of budget automation. Starting from the first day we noticed a decline in cost per registration (CPR) and the growth of registered users.

On the third day, the number of registrations increased tenfold. This result was the best within the entire two-week test. Exness got the most registrations at the best price: the CPR dropped down 12 times compared to the CPR before our automation.

CPR and Registrations dynamics before and after budget automation

Compared with the results of the previous two weeks, a fortnight of tunnel automations increased the number of registrations by 4.2 times while reducing the CPR by 3.8 times.

CPR and registrations dynamics for two weeks of automation

Exness also got registrations of high quality: 70.5% of registered users added their billing information to the platform. The cost of this action – a key indicator of the company’s KPI – has decreased by 70%.

“Implementing the tunnel automation significantly improved our performance in a very short time frame, lowering our CPA while increasing our acquisition volume, which is an incredible achievement,” notes Dunne. “Beyond the obvious performance upside, using these automations also frees up our Campaign Managers’ time from focusing on daily optimization to now focusing on the bigger picture of their social marketing.”

“The tunnel automation is an opportunity for business to reduce the cost of targeted actions without losing their quality, and to scale results without a critical increase in costs. The Exness case demonstrates that automations along with properly configured targeting helps to achieve substantial results within KPIs.”

At the end of our tunnel, take a glance at the screen of your smartphone, and you will see the brilliance of the Exness campaign creative: 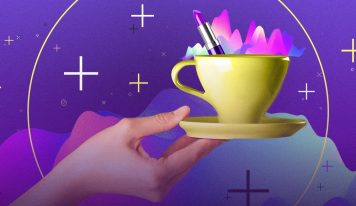 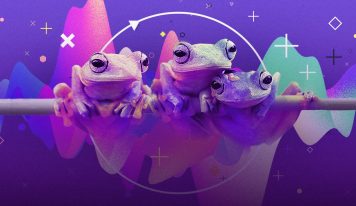 What Is ‘Swill’ and How to Get a Handle on It? 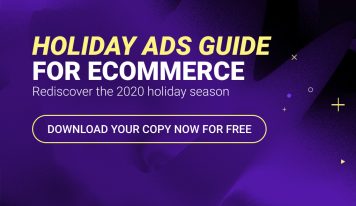